We are delighted to announce our current lineup. Our programme reflects the diversity in nature and we hope to have something for all of our permaculture tribe. Join us for a day dedicated to forest gardens, learn how to 'Build your permaculture place' with our expert projects team and take part in 50+ practical workshops which aim to lighten our impact on the planet, there is something for everyone!

Author of ‘Growing Beans. A diet for healthy people and planet’

Originally trained as a pianist and with degrees in music, education and biological anthropology Susan Young’s career has spanned many years teaching in schools and universities. Retirement from academic life allowed her to devote more time to gardening, and growing vegetables. She has lived for the last 20 years on two acres in the Wye Valley, on the English-Welsh border, part of which she gardens and the rest maintains as a wild flower meadow. But it was the pandemic and lockdown, a time to reassess and reconnect, that prompted her to write a book based on a passion for searching out and growing beans. Susan will be showcasing the huge range of beans she has been growing in her garden in the Wye Valley, introducing unusual varieties and sharing top tips for a successful bean crop.

As a professional gardener Pippa has designed, planted and managed permaculture gardens and forest gardens in West Yorkshire. Having trained with the RHS and spent time as Head Gardener of a large estate, Pippa is now self employed and garden’s exclusively organically, to create beautiful spaces to enable wildlife to thrive alongside people. Pippa is focusing on engaging with a wider audience to demonstrate how you can grow a small scale forest garden that is beautiful as well as productive.

A look at using a step by step permaculture design process to design forest gardens in small spaces to be both productive and beautiful. Pippa will be launching her new book ‘The Plant Lovers Backyard Forest Garden’ during the festival! 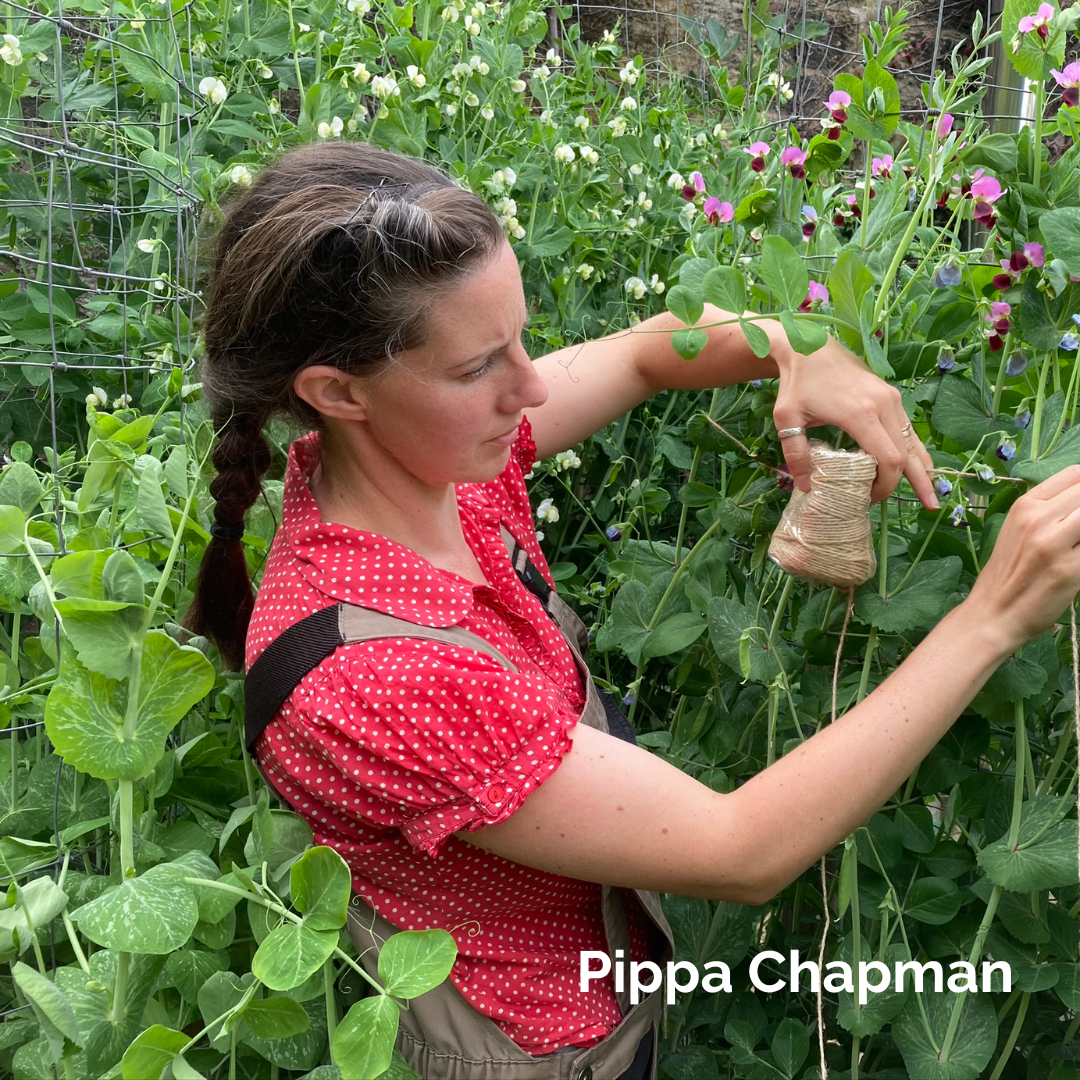 Robert grew up in rural Kent during the 1960s. A childhood spent in the woods and hills of the North Downs and the orchards and marshes of the Little Stour valley inspired his deep love for the natural world. After studying engineering and architecture at Cambridge University, Somerville went on to run a design and building business in Devon, utilising local wood, stone and earth. Upon moving to Hertfordshire with his wife, Lydia, Somerville began working with local woodland owners and foresters to source local elm timber and then build and raise timber frames by hand, with the help of volunteers known as the Barn Club – a group formed to teach, practice and celebrate skilled rural craftsmanship. Somerville lives with Lydia and the youngest of his three children in their self-built eco-house in an idyllic smallholding.
Robert will be talking about the making and raising of a traditional Hertfordshire elm barn, using local timber, local inexperienced volunteers and hand tools. Robert will also run several workshop sessions introducing green woodwork in order to make an oak peg- an key component in holding a timber frame together. As well as sharing an understanding of mortice & tennon joinery using mallets & froes, and shave horses & draw knives. 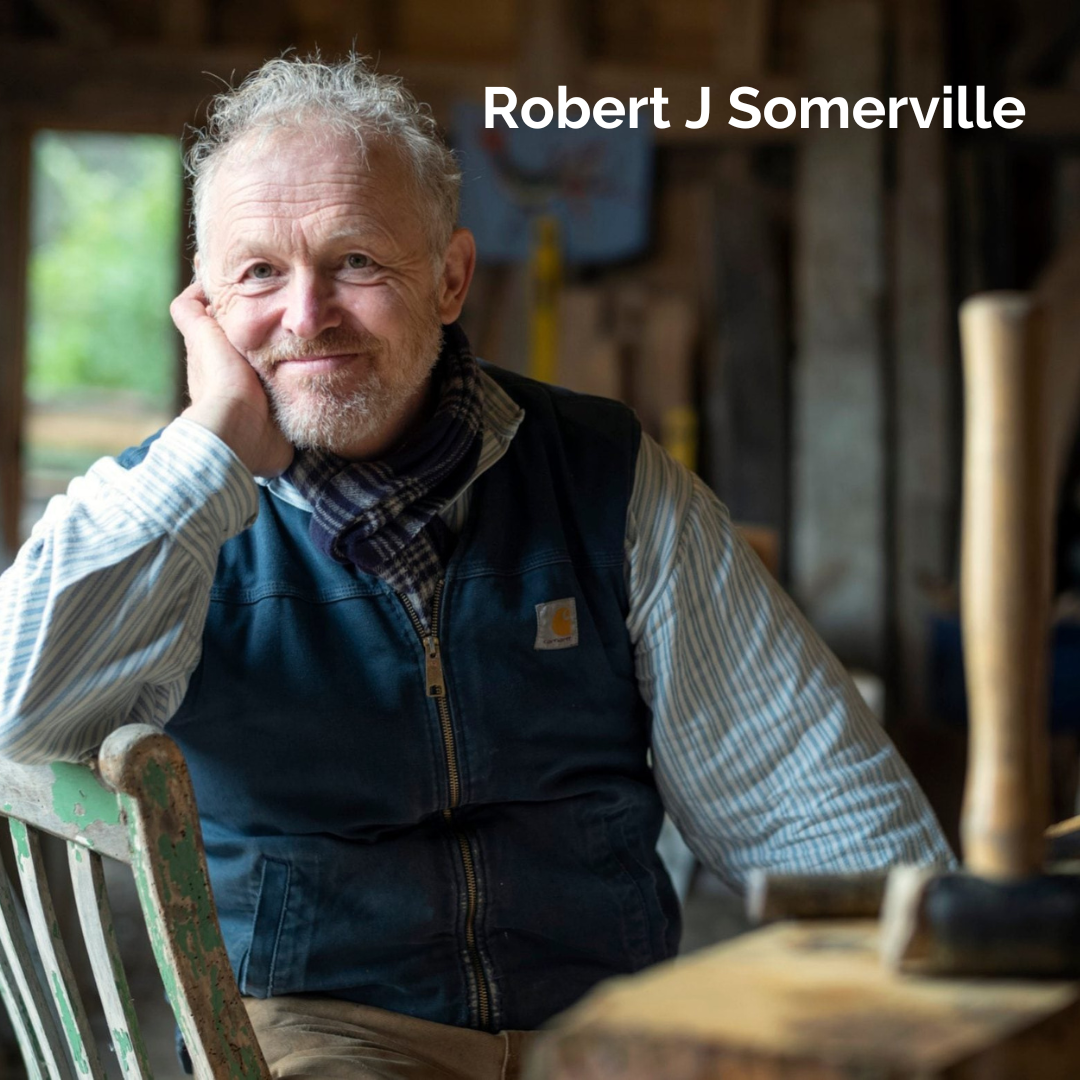 Author of ‘The Seed Detective. Uncovering the Secret Histories of Remarkable Vegetables’- to be released September 2022

‘I didn’t know what to expect from this humble Ukrainian pepper when I first took it into the kitchen but, as soon as I had a nibble, I was smitten’. The taste of a Ukrainian pepper – the Capsicum annuum – in Donetsk 30
years ago had a life-changing effect on filmmaker Adam Alexander. While shopping in the central markets, amid the economic and political collapse of the Soviet Union, he started to discover more local growers selling
vegetables and fruits, who had been cultivating heritage varieties and saving seed on small plots of lands for generations. Adam began to seek out these local growers, saving seeds from all over the world, on a mission to bring home spectacular varieties to catalogue, grow and share – and hopefully prevent them from being lost forever.
In The Seed Detective, Adam shares his tales of seed hunting and the stories behind many of our everyday vegetable heroes. We learn that the common garden pea was domesticated from three wild species over 8,500 years ago; that Egyptian priests considered it a crime to even look at a fava bean, that the first carrots originated in Afghanistan (and were purple or red in colour) and that the Romans were fanatical about asparagus. Taking us on a journey that began when we left the life of the hunter-gatherer to become farmers, Adam tells tales of globalisation, political intrigue, colonisation and serendipity – describing how these vegetables and their travels have become embedded in our food cultures. 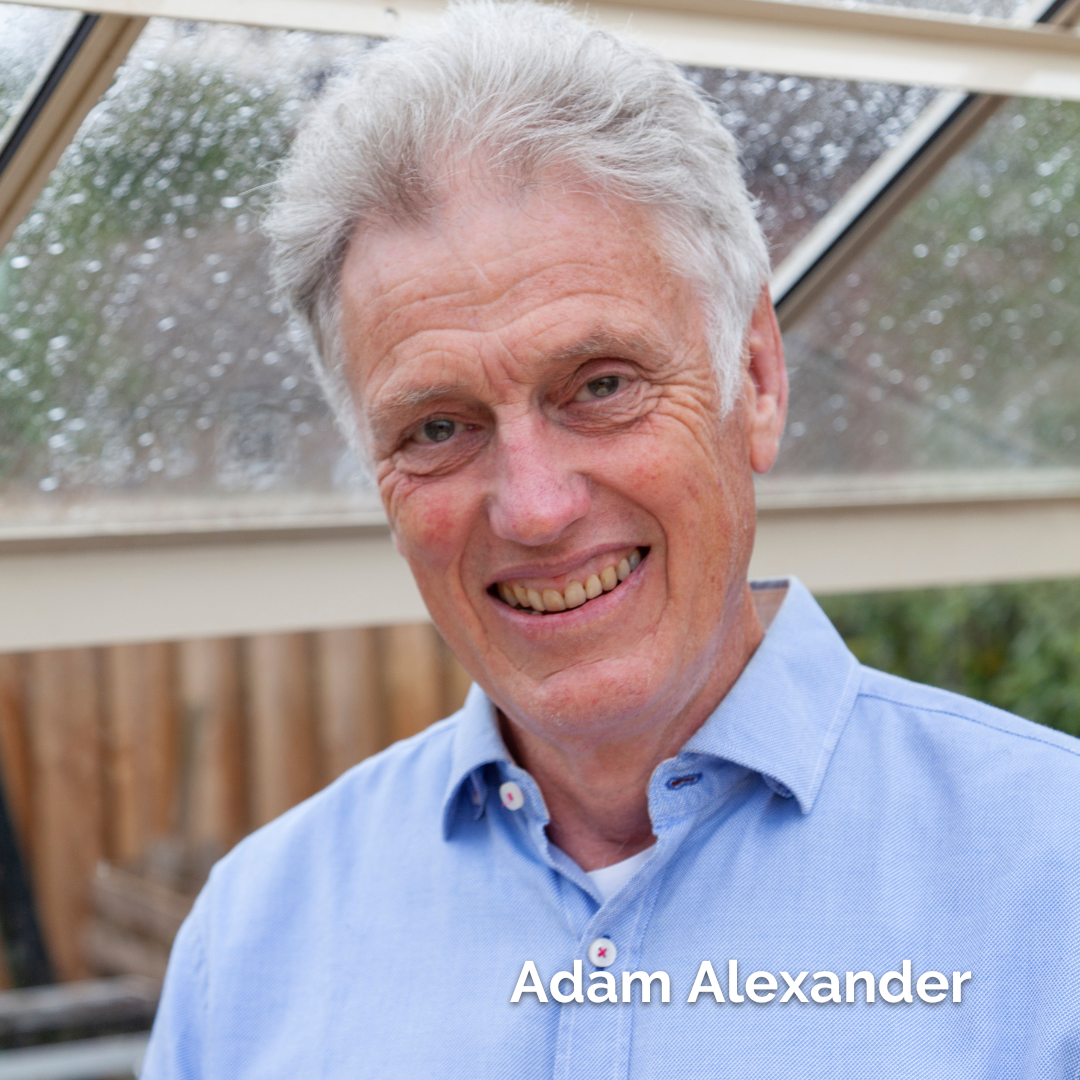